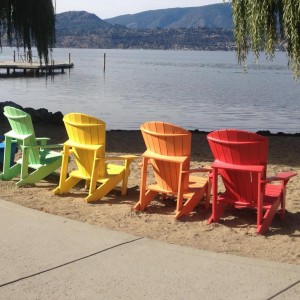 At a recent spiritual gathering that I have attended monthly over the past year I came to realize that many in the group had no idea who I was.  Apparently, I am one with a mysterious identity.  This came as a surprise to me since I thought most of what I had said publicly in the gathering should have clearly identified me as a Jesus follower or “Christian” to use the label that is usually applied.  What was even more shocking was that my wife Katherine and son Caleb were also in the same category.  It almost seemed others we saying or thinking “Who are you?”  There was no standard box that we would fit in.  So all three of us were perceived in a similar way. Spiritual people with a mysterious identity.

After reflecting on this phenomena for some time and scratching my head for awhile it dawned on me that this experience was actually a complement.  Jesus, the perfect human, God in the flesh and Lord of the universe experienced the same thing.  His interactions with others throughout his life was one “Who are you?” after another as people tried to place him in a spiritual box based on their worldview and understanding.  Furthermore, he not only was not bothered by it, he seemed to enjoy it and often seemed to be in a cosmic cat and mouse game with those trying to understand who he was and what he stood for.

Unlike so many in our day who like to announce themselves with great fanfare and claims of greatness, Jesus was in no hurry to ensure people understood who or how amazing he was.  He was certain of who he was and whether others did or did not understand appeared not to be a big deal to him.  Put another way, he enjoyed having a mysterious identity.

Who is Jesus anyway?

Throughout the gospel accounts of Jesus life, people of all perspectives, walks of life or belief systems constantly struggled with figuring out who this wandering teacher, healer and wise man was.  Reflect and meditate on just a few examples and consider digging deeper into the references provided:

What others said or did

Perhaps the greatest example of this mischievous game of hide and seek is found in John 8:12-59.  This exchange between Jesus and a group of those who shared his faith background begins with this statement to the Pharisees “I am the light of the world.  Whoever follows me will never walk in darkness, but will have the light of life.” V12

Notice this is veiled speech and metaphoric.  Later in the dialogue he goes on to say to the Jews who believed him up to that point “If you hold to my teaching, you are really my disciples.  Then you will know the truth and the truth will set you free.” V31. Still veiled and lacking a direct statement of identity.

The lengthy exchange ends with Jesus saying “I tell you the truth, before Abraham was born, I am!” V58. This is still not a direct answer to the question “Who are you?” but the implications are clear which is why at that point they picked up stones to stone him.

How then shall we live?

We now live in a day where it seems many feel the need to express who they are.  It seems hardly a day goes by where someone states “I identify as ________.”  Maybe you have heard the phrase “Be the best you that you can be.”  Our culture seems to be built on re-enforcing the need to be heard, understood, seen and most importantly having our identity recognized and affirmed.  However, as followers of Jesus we need to reflect on whether that is important at all.  In fact, if the primary purpose in life is for all people to “know Him” and have a full and healthy relationship with the Creator is it possible that we should seek to have a mysterious identity ourselves?